It was a busy Tuesday as many news agencies and media outlets have jumped on the Craig Mack story with Brother Stair’s Overcomer Ministry in the headlines.  Just two weeks after the passing of Craig Mack there have been over 166 articles from a myriad of news outlets that have reported on rapper Craig Mack since his death in mid-March 2018.

The ‘Bad Boy’ rapper that ‘bad boy’ Brother Stair merchandised and name-dropped to bring himself more notoriety could not have died at a worse time for Stair.  Six months ago it would have blown over without much fanfare.  They say there’s no such thing as bad publicity, just ask Bro Stair if that’s true.  Certainly, he craves the attention and tries to spin it to his good.  He has even said that “God is using this to focus on this prophet” but it is exposing him to the whole world.  The very thing he claims God was going to do for him – keep him heard and known without any money.  Well, I don’t think R.G. Stair thought his fame was going to come about this way.  He will make use of it though, he’s very good at doing just that.  He was on TV in 1988 for the false prophecies that he put forth across and upon America.  Soon after that was the Philadelphia TV news situation reporting him as a cult leader with a Compound.  He capitalized on the airtime then and he will now.

Did Brother Stair ever think all those years ago when he when down to the Crossroads to deal with the Devil, out on Wire Road, that the fame he was promised would be this fame?  That knowledge of him worldwide would be on this account?  I think Brother Stair believed that he would escape judgment for his sexual sins – and still does somehow.  Perhaps that deal with the Devil was better than we think.  If he can get out of this one it sure was.  Stair’s actions remind me of what he said in 2013, “If there was ever a place of the spirit of betrayal [referring to the Overcomer].  Betrayal is a spirit that knows what’s going on and tries to thwart it.  You know of anybody else on the face of the earth?”

Note to Stair:
“The king for his people has to represent the right thing”
[When God Comes – Craig Mack]

Flava In Ya Ear

Perhaps we’ll find the true prophet here was Craig Mack with some Flava For Brother Stair’s Ear when he said, You won’t be around next year!  Then we can get a new flava in our ear.

Related:  Grinders Needed, Come on Down

How rapper Craig Mack left fame for an unconventional religion

Craig Mack’s Involvement in Religious Cult That Doesn’t Believe in Doctors Responsible for Him Dying of Heart Failure? 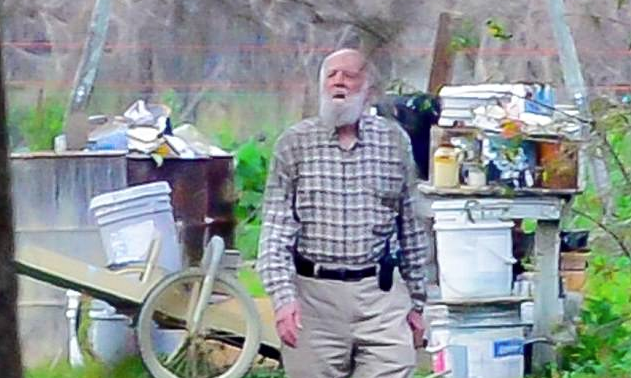 The Daily Mail had the biggest report with a video exclusive.  Though wrong at the beginning about Stair being in jail now [though when you read this that could change], later corrected that he is awaiting trial and will be back in court March 30th.  Remember the Daily News is also the ones who reported “Brave teen, 16, takes down a cult with YouTube: Girl accused …”

EXCLUSIVE: Inside the sex cult where rapper Craig Mack died – run by porn-obsessed pedophile who molested a mother AND her daughter and is known as ‘Satan in the flesh’

Rapper Craig Mack joined South Carolina ‘cult’ after fighting impulse to kill: ‘I had a gun in my lap’

Other information slipped out about Brother Stair telling lies on Craig Mack when Stair excommunicated Sister Andrea during a Service.

News sites:  Please feel free to quote and link to this and other articles.

I have been charged to preach Another Gospel than what Paul preached.  (Brother Stair, 2006)

Clip of the Ministers of Satan in perspective to this

NewsCultsGodCraig MackMusic
But who am I, and what is my people, that we should be able to offer so willingly after this sort? for all things come of thee, and of thine own have we given thee.
1 Chronicles 29:14
DailyVerses.net