Most of us are familiar with the words in the King James version of 2Thessalonians 2:7, For the mystery of iniquity doth already work.

Strongs defines the word iniquity here as illegality, that is a violation of law or (generally) wickedness.  Transgression of the law, unrighteousness.   Our English word that is translated here means unequal or unjust.  Therefore it is easy to see why most Bible translations render the word here lawlessness.

This depends upon where your interpretation comes from.  If you take the Bible and the dictionary definition, from which the scriptures are translated into so that we can understand what was written, you will find the meaning of what the scriptures mean when they say iniquity – lawlessness.

This Is Not A Mystery 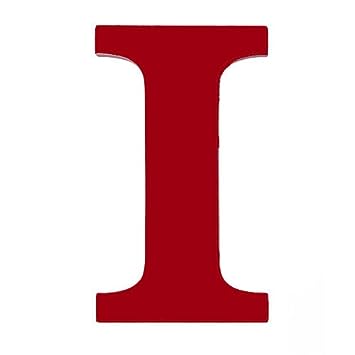 All these are outward acts.  Not spiritual mesmerism’s.  The mystery here is not in the word iniquity, it’s not supposed to be, but some men have made it thus so as to distract from the truth revealed in these verses.

Iniquity is the opposite of morality, virtue, goodness.  Iniquity is immoral or grossly unfair behavior, it is a lawbreaker, a criminal, one who transgresses the law of the land.

So, if we understand what iniquity is, then we realize that it is something that we can define and recognize.  Else, how would we identify the Man of Sin or the Man of Lawlessness?  We are told he is revealed by his outward works of iniquity.  By their fruits – you know them (Mt 7:20).

It was for you first of all that God raised up His Servant and Son [Jesus], and sent Him to bless you BY turning every one of you from your wicked ways [iniquity].” (Acts 3:26  AMP)

In Acts 3:26 Peter tells us that Jesus turned us from our iniquity.  Then what’s all this fuss about?  Scripture tells us here that your wickedness and evil ways (AMPC) are what the KJV calls iniquities.  Thus the mystery is solved on what scripture means by iniquity.

What Saith the Prophet

The ‘Last Day Prophet of God‘ says that iniquity is a spirit and that it cannot be submitted, it can only be subdued and must be subdued by your will.  He says that iniquity takes place in the mind.  We see here a spin on the truth because scripture indicates that iniquity is an outward work, a manifest fruit – not thought-crime or spiritual.  This outward work is what we now see in men of iniquity (or lawlessness) as they are revealed by their deeds.  This is why certain men redefine iniquity to be something other than manifested in visible works – which can then be identified in them.

Related:  They Delayeth His Coming - Pt 3

Brother Stair likes to be proclitic and play with words all the time and therefore makes his own definition of what they mean, with a clever mental hook so that you will remember what he says something means.  He makes iniquity out to be the I in I, or your self, your ego that is in you.  Your individuality.  Your self-will.  While self-will has something to do with the outworking of iniquity, as it does with anything we do – good or bad.  But it is the fruit that is iniquity’s problem – it is not (so much) what is in you, it is what comes out of you that defines iniquity (Mk 7:21-23).  As Acts 3:26 states, “your wickedness and evil ways“.

Iniquity is your outward behavior, not your inward spirit – that is what God refers to as our heart.  God says your heart is wicked, He doesn’t say your iniquity is wicked – as Brother Stair says.   Let’s go back to Brother Stair’s statement that iniquity is a spirit and that it cannot be submitted, it can only be subdued and must be subdued by your will.  This is much like his game with repentance is a spirit.  But the Bible tells us that iniquity is purged or atoned for by mercy (lovingkindness) and truth (Pr 16:6).  So we see that God not only has a solution on how to deal with iniquity but God has a totally different doctrine on iniquity than Brother Stair teaches.

Scripture does not say the mystery that is Iniquity, scripture says the mystery OF iniquity.  The mystery is not in the word iniquity, or in the thoughts of iniquity – it is in the deeds of iniquity.  Deeds are your works.  Iniquity doth already work (2Th 2:7), so it’s not your thoughts it’s your actions.

This mysterious iniquity is clearly at work in men that are revealed as lawless or think themselves above the law.  Those whose sins foam out.  This is their revelation.  Their time of magnification.  They are revealed by their works that they are sons of the lawless one.  The End Times are marked by the progression to and from wickedness  (2Tim 3:1-7).  The good become more holy and the bad will get worse, waxing worse and worse (2Tim 3:13).  The way of holiness they know not (Isaiah 35:8).  They may talk well of it but if they cannot possess it in their daily walk, they are devoid of God’s righteousness.  This is their identifying mark (their sign) because it is by their fruits that you know them (Mt 7:20).  Don’t be fooled by their claims to be God’s man, it is their works that define them not their claims or their fine preaching.

For the mystery of lawlessness [… the coming reign of lawlessness] is already at work (this man has been doing these things for years); [but it is restrained] only until he who now restrains (those who oppose the lawlessness and wickedness of this mans deeds) it is taken out of the way (excommunicated or leaves).  Then the lawless one [against the ways of Gods holiness] will be revealed (his deeds will be made known to everyone)

To not let any man deceive you, shake your mind, or trouble your spirit by their revelations or words as coming from God.  Do not fall away from the faith of the Gospel by which you were called to be holy.  The strong delusion comes to those who leave the foundation of the simplicity of Christ for some other, new, End-Time spiritual revelation.  Unrighteous men deceive and manifest signs of wicked works.  By their fruits, ye shall know them.

Little children, it is the Last Time (1Jn 2:18).  It is high time to realize that these things are all around us hiding in plain sight – as angels of light.  Even now are there many opposed to the holiness of Christ-likeness (anti-Christ).  They go out from the righteousness of the Body into their own perversions, thus they will be made manifest that they were not of those of us seek the holiness found in Christ (1Jn 2:18-23).  They would not strive for perfection in Christ but take pleasure in their deeds of iniquity.  They go outside the camp and justify their going out with that very phrase as if that alone makes their going right.  Meanwhile, they condemn all those who depart from them who are fleeing from their wickedness.  Because their fleeing exposes the wickedness of the one they flee from.  When scripture tells us that we are to take back our peace from the unworthy house and shake off the dust of our feet in testimony against it (Mt 10:13-15).  At a minimum, their leaving is their testimony.  A witness against the place or the one left.

Stop listening to teaching that contradicts what you know is right
(Proverbs 19:27)

But relative to the coming of our Lord Jesus Christ (the Messiah) and our gathering together to [meet] Him, we beg you, brethren,  Not to allow your minds to be quickly unsettled or disturbed or kept excited or alarmed, whether it be by some [pretended] revelation of [the] Spirit or by word or by letter [alleged to be] from us, to the effect that the day of the Lord has [already] arrived and is here.

Related:  I Wonder What's He's After

Let no one deceive or beguile you in any way, for that day will not come except the apostasy comes first [unless the predicted great falling away of those who have professed to be Christians has come], and the man of lawlessness (sin) is revealed, who is the son of doom (of perdition),  Who opposes and exalts himself so proudly and insolently against and over all that is called God or that is worshiped, [even to his actually] taking his seat in the temple of God, proclaiming that he himself is God.

Do you not recollect that when I was still with you, I told you these things?   And now you know what is restraining him [from being revealed at this time]; it is so that he may be manifested (revealed) in his own [appointed] time.   For the mystery of lawlessness (that hidden principle of rebellion against constituted authority) is already at work in the world, [but it is] restrained only until he who restrains is taken out of the way.   And then the lawless one (the antichrist) will be revealed and the Lord Jesus will slay him with the breath of His mouth and bring him to an end by His appearing at His coming.

The coming [of the lawless one, the antichrist] is through the activity and working of Satan and will be attended by great power and with all sorts of [pretended] miracles and signs and delusive marvels—[all of them] lying wonders—   And by unlimited seduction to evil and with all wicked deception for those who are perishing (going to perdition) because they did not welcome the Truth but refused to love it that they might be saved.

Therefore God sends upon them a misleading influence, a working of error and a strong delusion to make them believe what is false,  In order that all may be judged and condemned who did not believe in [who refused to adhere to, trust in, and rely on] the Truth, but [instead] took pleasure in unrighteousness.

3 thoughts on “What is Iniquity?”

Six months before Jesus returns Brother Stair will die at the hands of the Pope (which was believed to be in Rome but has changed to Jerusalem).

[It must be reasoned that Brother Stair will be resurrected at that time so that he can then be either one or both of the Two Witnesses that witness to the return of Jesus when Jesus comes back.  Also, Brother Stair has to be alive when Jesus returns to hand over his title of Son of Man to Jesus upon His return because Jesus is not the Son of Man today - Brother Stair is (Heb 13:8).]

Certain MenFalse TeachingWarningSignsFruitSinIniquityLawlessnessMysteryPeaceLaw
Sing unto the LORD; for he hath done excellent things: this is known in all the earth.
Isaiah 12:5
DailyVerses.net