“Prophet Stair Back In Criminal Scope”

“During the last 20 years, Stair has been investigated by numerous local and state agencies on various charges related to infant deaths and criminal sexual conduct. These criminal cases against Stair specifically include: 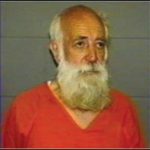 In 2003 Brother Stair prophecied that the DOW will never go above 10,000 and that when it does the whole economic system will fall.  Just a few months later the DOW did go above 10,000 for the first time, and Brother Stair's response was to ignore that he had prophesied it.

Then again in Oct 2008, Brother Stair said, "Thus saith the Lord, The Stock Market will never go above 10,000 again."  [Rinse and repeat the response to the above]

We should not overlook the fact that the Prophet lost tens of thousands of ministry dollars in the Stock Market - not knowing where to invest it or what it would do.  So how does he then know what the whole market is going to do?  Or is he just upset with his loss and takes that out by putting out a curse on the Stock Market?  Either way, the DOW has managed to mock his predictions every time.

Behold the fowls of the air: for they sow not, neither do they reap, nor gather into barns; yet your heavenly Father feedeth them. Are ye not much better than they?
Matthew 6:26

Radio#TimesUpArrestWalterboroTrial
Behold the fowls of the air: for they sow not, neither do they reap, nor gather into barns; yet your heavenly Father feedeth them. Are ye not much better than they?
Matthew 6:26
DailyVerses.net