The Many Signs of Jonah 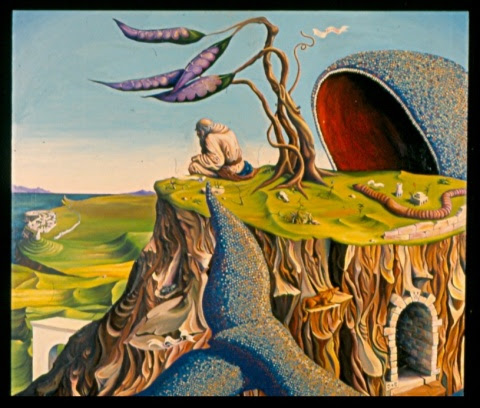 So we see that where Brother Stair is the same sign as Jonah is in being a prophet who ran from God’s call and ended up a bitter complainer wishing destruction upon his audience even after his prophecy failed, which then made him a false prophet.

Jesus referenced Jonah’s three days and nights in the belly of a fish as a representing sign of the length of His death and burial – three days and three nights.  This is the only part of Jonah that Jesus spoke of as a sign – the time frame of Jesus’ burial and His going down to the depths of Hell (Jonah 3:3-2).

This has nothing to do with Brother Stair’s “Jonah Sign” which he claims to be the fulfillment of.  Which he claims is “A prophet sent like Jonah”.  This has nothing to do with the sign that Jesus spoke of. It was the sign of Jesus’ death and resurrection that was the only sign Jesus spoke of regarding Jonah.  Seems like someone is after making themselves into every kind of Sign they can (Acts 8:9).  There’s something psychologically wrong there, but that is the pattern of those with the Jerusalem Syndrome.

The disciples came unto Him privately, saying,
Tell us, when shall these things be?
and what shall be the sign of Thy coming, and of the end of the world?
(Matthew 24:3)

When Brother Stair starts you on this journey with him of The Sign of Jonah he starts in Matthew 24 so that he can get the disciples asking Him what will be the sign of the End?  Then, without giving us Jesus’ answer [which we have at the end of this article] Brother Stair jumps back to Matthew 12 where the Pharisees are now asking a different question (Brother Stair doesn’t tell you that did he?) and he gives us Jesus’ answer there because He mentions a sign – but it’s not a sign of the End it’s a sign of His authority.  As is clear from the text.

Then some of the scribes and Pharisees said to Him,
“Teacher, we want to see a sign (attesting miracle) from You [proving that You are what You claim to be].”
(Matthew 12:38  AMP)

Why would Brother Stair pervert God’s word like that and try to make this something about himself?  Why did he do a Knight Jump back 12 chapters without telling you?  Why is he using Jesus’ answer to another group, to another question?  To deceive!  He intends (and has done a good job of it) to deceive his listeners into thinking that Jesus is prophesying the coming sign (Brother Stair) of His coming.  Thus giving Brother Stair extreme credibility and verification from Jesus.  Like throwing in your face, “Take it up with Jesus if you have an issue with me”.

This has gone perverting the Word of God, to lying on God, to using God’s name in vain (for vanity), to lifting up oneself above God’s people (2Thessalonians 2:4).  This is not only heresy but blasphemy.  It’s an abomination that is still aired as a credible teaching of the prophet.

Jesus said that the only sign that will be given to the evil and adulterous generation is this, His sign – the sign of His death and resurrection (Mt 12:39-40).  There is no Jonah Sign showing the Time of the End or some Last Day Prophet.  That has been totally fabricated by Brother Stair to teach that he is Some Great One (Acts 8:9).  It’s nowhere in scripture and he has to jump around scriptures, as a Jehovah’s Witness does, just to even make it say what he makes it say – which it doesn’t say.

Portrait of a False Prophet 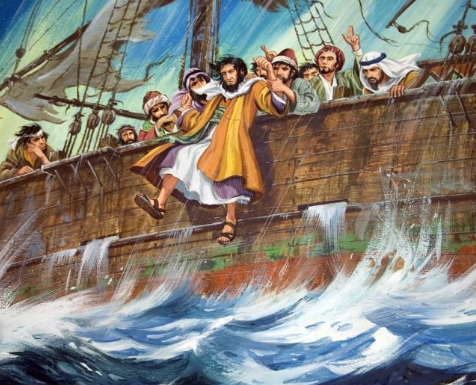 No one with any knowledge of scripture or with any sense would not go around claiming Jonah upon myself – and neither did Jesus.  Brother  Stair uses the sign of Jonah in his own way – and it’s not what Jesus said Jonah’s sign was.  Brother Stair changes it to, as Jonah was sent to Nineveh…

Then proclaiming that as such Brother Stair is sent to this last generation.  Thus becoming like Jonah, thus making him also a false prophet and the fact that Brother Stair’s prophecies have all failed is likely much the reason he takes up the mantle of Jonah to find justification in his failed prophecies.

Just because Jonah is in the Bible doesn’t disqualify him as a false prophet.  Having actually spoken what God told him (if he did) does not disqualify the test that God laid down in scripture.  His prophecy failed, therefore he’s a false prophet according to Deut 18:20-22.  Is Balaam or Jezebel a true prophet just because they are in the Bible?  Or is the scripture not true that says, “You destroy all who are unfaithful to You”? (Ps 73:27)  Remember Jonah was unfaithful to God’s call.  Jonah was destroyed from being a prophet to God’s people.

Perhaps Brother Stair is thinking of himself as a Jonah sign in how he (unfaithfully) went to California against God’s will and tells us that Prophet Thorn was sent to him to tell him to repent and return.  Something that Brother Stair refused to do for a long time.  Return that is.  He never repented as you will see soon.

When he finally did start back east (likely due to his failure in the west) he only then eased himself back, with stops in Oklahoma – where he was arrested and went to trial on groping a minor (or as he calls it today – hugging).  Or we could go back to the beginning when he was told about his first marriage that God’s not in this.  Or his choosing to be schooled by the wicked rather than by a Christian institution (Prov 1:10; 2:12; 5:8, 10, 22-23).

Brother Stair has used Jonah as a defense from the beginning when his 1987 Prophecies failed and were challenged.  He also changed it to be called the 1988 Prophecy to hide the fact that nothing happened in this year as it stated, and it was known like that for decades.

Knowing they failed he would come back at his questioners asking them, “Jonah’s prophecy failed.  Was Jonah a false prophet?”  Brother Stair was clearly admitting that his prophecies had failed in the 1987 Prophecy.  He didn’t try weaseling out of it as he has over the past decades since saying, they have all come to pass or that they are about to come to pass.  Soon after 1988 Brother Stair and everyone else knew that what he said had in no way come to pass and time had run out for it to have – how many times did he say “this year” in that prophecy?

So the Jonah defense was used.  Since then Jonah has been branded into the sign of Jonah.  “As Jonah was sent to Nineveh…”   But this defense would then actually be an acknowledgment by Brother Stair that his prophecies have failed.  So, it seems that Brother Stair has it both ways:

Now having it both those ways is some kinda miracle – perhaps it’s a sign after all.

Apparently, Brother Stair is saying here that he comes with a word of coming destruction that is not going to come to pass.  Then he is going to go up to a high place (airwaves) and complain about it and every other inconvenience that besets him.  A grumbling complaining bitter man whining to God about how inconvenienced his life is by the continued existence of those he’s preached to, upon whom he wishes destruction so that his words would come true.

Okay, I’ll give you that.  That really makes it clear as to how fitting a parallel Brother Stair is with Jonah as the Sign of Brother Stair.

In Brother Stair’s jumping about to make himself out to be some great one (Acts 8:9), he forgot to actually tell you Jesus’ answer to His disciples in Matthew 24 in regards to their question.  You know, the question that Brother Stair uses to base all this upon.  It’s very important to note this because the answer Jesus gives as the sign of thy coming, and of the end of the world (Mt 24:3) is of the utmost importance today.

Jesus answered, “Be careful that no one misleads you [deceiving you and leading you into error].  For many will come in My name [misusing it, and appropriating the strength of the name which belongs to Me], saying, ‘I am the Christ (the Messiah, the Anointed),’ and they will mislead many.   (Matthew 24:4  AMP)

That’s not the sign that I would be making myself out to be.  But it is certainly the sign of Brother Stair. It’s all there.

Let us not forget God’s reply to Jonah.  God was more concerned with the ‘godless’ generations that Jonah condemned to destruction than He was with the Prophet or his whining.  Let’s also not forget that scripture tells us that God is the same – yesterday, today, forever (Heb 13:8).  He’s not changing for Brother Stair.

Other Signs to Ponder

10 Warning Signs your Church is Turning into a Cult

Get Ye Out Into The Wilderness

This is Worthy of Repeating

Every Dog Gets His Day

From the Heart, the Mouth Speaks

The Death of The Testator

They Delayeth His Coming