The two parents have been taken into custody and charged with unlawful neglect of a child.

They both left the Overcomer Ministry Farm shortly after the investigation into Natosha’s video began (video below).

There is still a warrant out for the arrest of the parents of the 14-year-old who Brother Stair groped on video. 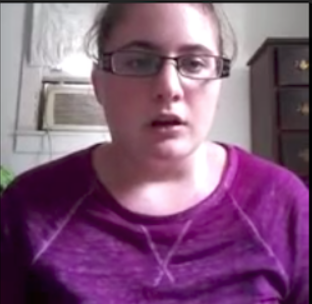 Then, just two years later he found himself in jail.  Then Brother Stair turned the blame for his jail time on the sins of the people of God.  Saying that he was used by God as a sign of their sins, as some modern Ezekiel.  Then Bro Stair added the blame on persecution and injustice.

Thus, in light of his 2000 statement, we realize that what Bro Stair is really saying is that God is unjust or that what happens in his life is not God's doing.  Just the opposite to what he said in 2000.

On another tongue, Bro Stair can also be heard saying that God sent him to jail.  He spoke it this way to justify that it wasn't anything that he did (like rape) that landed him in jail.  It was all God using him as a Sign to show God's people their sins.  He also cloths himself in Paul's imprisonment to justify it.

Perhaps Bro Stair would do well to remember one of his other statements from 2000 before the Judge closed the door (bars) on him - "The Judge is at the door!"  (Brother Stair, Dec 2000)

SexGropingYouTubeArrestInvestigation
But who am I, and what is my people, that we should be able to offer so willingly after this sort? for all things come of thee, and of thine own have we given thee.
1 Chronicles 29:14
DailyVerses.net