Once again it’s coming time to make ready for the Passover.  This year the gun may be actuality jumped as the one milking the Feast Days may not be free to attend or preach that those attending are not ready for Christ and are steeped in their iniquity.  Not to mention the blasting that will be directed at those who fled from the wickedness revealed in Brother Stair – of whom Bro Stair awaits for THEIR repentance to restore them.  (Zero in that cue so far)  This coming from the man with 8 criminal charges over his head, half of them for rape.  No better analogy of straining at gnats while swallowing camels or of the Parable of the Unforgiving Debtor that I can think of.  Thou knowest not that THOU art wretched, miserable, poor, blind, and naked.  Yeah, that one too.

Then there’s the need to appoint someone to run the Farm as the old guard saw the writing on the wall and understood what Mene, Mene, Tekel, Upharsin means. [More on that soon]  And like Peres (Upharsin) this kingdom has been divided and dispersed.  Even Brother Stair has said, the Exodus was for God’s people.  God delivered His people from the oppressor (and the oppressor was upset that he lost his laborers).  Sound familiar? 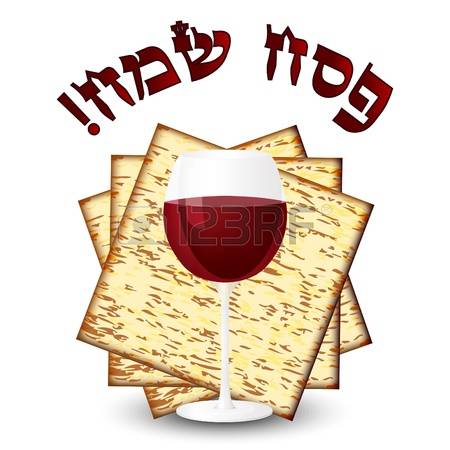 Unlike previous years where Brother Stair put forth that there will be many leaving, this year they have already left.  He will be looking for many to move in this time, as Pharaoh needs laborers to work his fields and grind his grain so that he can concentrate on his sexual activities.  As Brother Stair has year after year made the prediction that 50% will be gone next year, now that they have left we will be told that he told us this beforehand – thus making him a prophet – or perhaps the hand that self-fullied this by devouring them.  He was only off by about another 40%.  He should have said 90% would be gone.  I guess the seer couldn’t see what was coming just a year out.  The same one that’s supposed to see afar off.

Reminds me of Jezebel, the one who claimed prophecy yet could not see what Jehu was coming for.  Jezebel is also the one who brought sexual sin into the Church (Rev 2:20).  On that note of prophets, let’s not forget Balaam who cast stumbling blocks before the children and taught that committing fornication was okay (Rev 2:14).  [More on this to come too, as sexual sins are prolific in Jesus’ warnings to the churches in Revelation – which are all active today]

Someone that loses 50% every year should have a better plan for gaining new customers, either that or work on a better retention policy.

Were they turning away or fleeing from the worker of iniquity?  Naturally, if you want to appear the good man you make their deeds the evil ones.

As the ranks have thinned, this year the Passover week presents an open-door for outsiders to come so that hopefully some fresh faces that do not know the inner workings of the ministry can come in and replace those that have fled from the wrath to come upon the Overcomer.  You will have to stay tuned to the broadcast for the actual dates as they have already changed from their original announcement.  Just remember, the Overcomer has never had a Feast Day on the correct days unless they just happen to correspond to the more convenient time chosen by the Prophet.  But then again, they just represent a type so the exact dates don’t really matter – then why observe them?

I suspect that Pastor Rice and Grace Community will soon be directed to move to the Farm so that the work of the Farm can get done.  Many figs, berries, potatoes, and peanuts for the peanut-brains to pick.  Unless by the grace of God, Grace sees the light by seeing the fruit of a ministry that has lost 99% or its congregation.  I think there’s something more than leaving going on here – this looks like something is devouring the flock.  That ‘s the work of the Destroyer.  That’s a ministry of abortion.  There’s a wolf at work here.

Keep your eyes on that move as you will see those from Grace Community also eventually leaving once they realize what’s really going on at the Overcomer.

As per usual, the urgency that Christ is coming during the feast days is the push to get people to come to the Overcomer Ministry Farm.  Even though at the end of the Fall Feast Brother Stair will tell us that Jesus is not coming this year, he still uses everything he can to elicit fear and urgency so that many will show up so they don’t miss the possibility of Christ’s return.  This Passover, on April Fools Day, is no exception.  Bro Stair has been saying that many are saying that Christ will return this year or this Passover, yet Bro Stair says that Jesus will return during the Fall Feasts, not Passover.  So why is he perpetuating what he would call false predictions?  As said, he’s using it for sensationalism to gather together more fearful people.

Are you concerned about your soul?  Make ready.  As Jesus just might show up, this time!  Or it just might be the old Easter (sex feast) man looking for a Bunny again – to fertilize some Eggs.

"You know you can't run your life without the prophet.  The Prophet represents God in your midst." (Bro Stair, 2020)

“Jesus said: ‘If I go away, I will send you another Comforter– a man filled with the Holy Ghost, with the spirit of truth, who will lead and guide you.’ “ (Bro Stair, 2020) [audio clip]

SexSinFeastsPassover
For the earnest expectation of the creature waiteth for the manifestation of the sons of God.
Romans 8:19
DailyVerses.net