What would Brother Rick say about the events that have passed?

About 5 years ago Bro Rick Bell from the River passed away.  Some wonder what Brother Rick would think about the recent events of Brother Stair’s ministry. 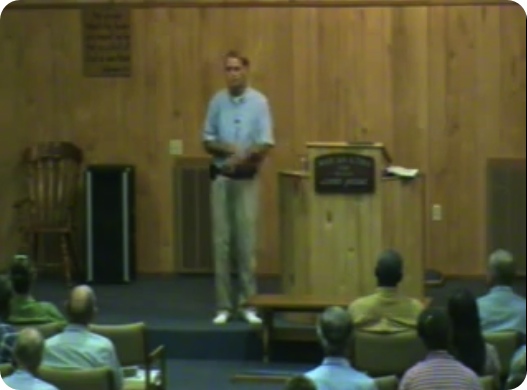 Bro Rick brought out that Brother Stair led a life of sexual immorality and that he had problems in that area.  To which Bro Rick believed that Bro Stair should remember and restrain himself by any means necessary.  Like using the brothers around him to help him.  Something which Brother Stair would not do, has resisted doing, and refused to do.  Which accelerated in his waxing worse and casting out the River Community when they refused his sexual visits and groping of the sisters there.  You see, Brother Stair thinks (or plans) that because he tended the fig tree (the young sisters at the River since their childhood) that he should then have the right to ear its fruit (Pr 27:18).

What Rick would say today seeing Brother Stair go around the mountain again with his sexual games and groping the sisters at the River.  Rick would have put a sooner end to it than what did happen with the River being excommunicated from the Farm grounds.  Bro Rick would have stood up for the sisters, and his wife Daisy, and confronted Bro Stair.

Brother Rick would be gone from Brother Stair today with all the others that have left because of the fruit – that Brother Stair has had no repentance over the many years that Rick stood by Stair.

I think Bro Rick would have rebuked Brother Stair as fallen, just as Brother Connelly did after Bro Stair was arrested again in 2017.  Though perhaps with Rick alive he would have withstood Bro Stair’s coming back to the Farm to continue to sexually assault the sisters.

The Antichrist will be revealed in 2003

On Feb 10, 2002, Brother Stair did a radio interview with Mark Hazlewood who wrote the book “Blindsided: Planet X Passes in 2003 – Earthchanges!“, after which Brother Stair proclaimed “Planet X is Satan’s John the Baptist.  The Antichrist will be revealed next year [in 2003]“  (Brother Stair, Feb 2002).

For the earnest expectation of the creature waiteth for the manifestation of the sons of God.
Romans 8:19
DailyVerses.net