The preservice broadcast was so revealing that we made a point to include what was aired before service.  For in this we see how Brother Stair would twist love into his sensual carnality – while appearing to denounce carnal love.  Here Bro Stair makes his hugs out to be the welcoming of the Holy Ghost hugging you.  Receiving God’s love via his hugs.  This is naturally exemplified on the young sisters in Service as conditioning for handling them any time he showed up in their presence. 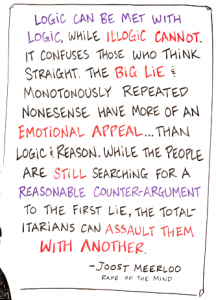 Unbelief is not the problem – lack of truth is the problem.  What Brother Stair is always fighting for is to create a people that will blindly believe anything and everything he says without question.  Anything other than that Brother Stair defines as unbelief.  This ‘only believe’ is the sorcery that he learned from William Branham who pushed not only that song (Only Believe) but the phrase we often hear Brother Stair parrot – If you can only get them to believe you.  You have to get them to believe in you and in everything you say.  Then you have them.  That is a foundational element of witchcraft.  It all hinges upon having your subjects believe and receive you.

This subconscious neurological programming is the whole basis for voodoo.  This is how the witch doctors put spells on people.  There is no power with them except the power of suggestion.  To get people to believe in it, and when they believe in it, it works.

Brother StairCommunityTabernacleCertain MenFalse TeachingLast Day ProphetsServiceHeresyPastor RiceFeastsHugsLust
And if we know that he hear us, whatsoever we ask, we know that we have the petitions that we desired of him.
1 John 5:15
DailyVerses.net