Unlike past years when Brother Stair didn’t want people just showing up and expecting to stay, and especially showing up early.

This year with the vast decrease in farm labors, Brother Stair is asking (sometimes demanding) that people come down weeks before the Passover and Pentecost events.  He will often test them in Service telling them they don’t need to go home, to see their reaction, as he vets them.

Then the Philistines seized him, gouged out his eyes and took him down to Gaza.  Binding him with bronze shackles,
they set him to grinding grain in the prison.
(Judges 16:21) 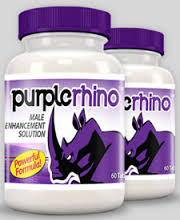 The need is great for blind followers to grind his corn because most of his former flock has escaped his tyranny after the light of his continual sexual Ms.-conduct escalates (Judges 16:21).  For those of you women who he won’t send into the field, Brother Stair has some grinding to do with you as well.  He’s sure to have stocked up on Purple Rhino so he will be raring to go.

The increased radio outreach (which RG Stair promised us was over in 2017 when stations dropped him because his sexual fruits were revealed to the world on his now self-pulled YouTube channel) is hoping to pull in the workers he desperately needs to replenish his ex-farmers and those formerly groped sisters who no longer submit themselves to his sexual desires (Mt 7:20).  And because of this are ex-communicated and damned to Hell.

Still, you can be sure Brother R.G. Stair has his Passover dates wrong.  He always does.  Don’t worry, it’s not something he cares about – truth that is.  He just uses (or abuses) the Feast Days to replace his old Gatherings.  Especially now that he is under house arrest and cannot leave the Farm.

Related:  The Coming Christ & His Kingdom

Be aware that his restraining order against minors is still in effect.  So no children on the Farm.  Yet Brother Stair has secured the Tabernacle as his safe zone.  They have another place that the children can go to – their safe zone away from his hugs.  Somewhere where we can expect Brother Stair to visit and give them their desired hugs (or so he claims).  [And so it was, he did admit to hugging the children, thereby breaking his restraining order – and thus breaking (again) the law.  As if he cared.]

This is the broadcast plea as of late that you will find interspersed every 5 minutes in the cooky Pyramid, UFO, Astral-projection, conspiracy teachings Brother Stair is broadcasting.  (Expecting Moonbats and Wombats soon).

So if the traditional Easter sexcapades are your thing, you’ll fit right in.  Come on down!  Join Brother Stair as the Ishtar High Priest who is prepared to fertilize your eggs.  As long as his Purple Rhino sex pills are still available for money (which is going to be worthless soon he says, so spend it now on penis pills Brother Stair).

There’s a new push on for Pentecost now (surprise!) and to come to the Farm and spend 10 days grinding so the Prophet can check you out and hopefully keep you there – if you’re of a worthy spirit (ie: able to submit and take the abuse).

Beware, 99% of all Christians that have been associated with Brother Stair have seen the light and fled from his wickedness and lies.  Their testimony is a valid witness that shows the fruit of Brother Stair.  Which is the only thing that Jesus told us to use to KNOW a man by [Mt 7:20].  Surely you have obeyed God and tested the spirit on the prophet as John told you in 1John 4:1?

Related:  What is Iniquity?

It’s still your choice… at least until you decide to come on down.  Then you’ve signed yourself away to the desires of Brother Stair.  Just check the news, Google, or the court records if you don’t know what those desires are.

1 thought on “Grinders Needed, Come on Down”

Brother StairCommunityTabernacleDeceptionFruitSexNewsGatheringPerversionGropingRadioAdulteryYouTube#TimesUpPassoverWalterboroHugsFarm
Sing unto the LORD; for he hath done excellent things: this is known in all the earth.
Isaiah 12:5
DailyVerses.net