The Christian Post reports, “A doomsday cult leader who claims he is the reincarnation of several biblical prophets.” Sound familiar?  It should.

“Still, the cult leader argued that as a Christian, his religious freedom rights are being impeded.” Sound familiar?  Again, it should.

Many, like Brother R.G. Stair, are coming in God’s name, yet they are evil workers foaming out their sexually perverted shame.  All the while claiming that they are being persecuted for righteousness sake and that they are God’s man of the hour.

These filthy dreamers teach a soon-coming destruction that they do not even believe in – or they would change their sinful actions.  They preach this doom to elicit fear in their followers and make those followers hold on their every word.  (Jude 1:8-10)

These be Shepherds [see below].  These men are not the sheep, they are those who lord it over the sheep and devour the flock of God.  You find these men in places of leadership over God’s people.  They give out that they are great men of God (Acts 8:9).

Jude identifies them [Jude 1:19] in that they separate themselves – They came out of the Body of Christ.  Yes, they were in the Church like Brother Stair was many years in many churches but when that didn’t work out for him as he wanted it, he “came out” and started his own ministry.  If that “Church system” Brother Stair was in was false then why are all his stories of “God’s mighty works” that He did through Brother Stair and other “men of God” all from that time in his life when he was in the “false Church system”?  On top of that, where were all the “miracles” after he “came out”? 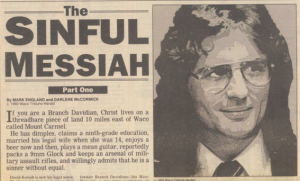 More than that, they came out of the Body of Christ, they separate themselves.  They are separatists.  They don’t even make themselves approachable to the people of their own ministry.  They isolate themselves from everything that they don’t like dealing with and so that their evil deeds cannot be found out.

They separate themselves unto the Wilderness as Jesus warned the End Time deceivers would do in Matthew 24 (Mt 24:23-27), and they claim they are Gods Anointed (Christ = Anointed one, called).

Jude identifies them in that they are sensual.  Sexual sins and sexual perversion is the mark of these evil workers.  Just as Jesus also warned Pergamum (Rev 2:14-15) and Thyatira (Rev 2:20-24) where there are Prophets that lead the people into sexual sins and idolatry unto themselves.  That is the Church “age” they are.

The Church Ages is another topic, but quickly, it is a false doctrine taught by these deceivers to misdirect you away from identifying them as Pergamum and Thyatira prophets.

Jude identifies them in that they have not the Spirit.  They have a spirit but it is not from God.  Their spirit is contrary to the scriptures and to all sound doctrine.  Oh, they will quote you many scriptures – but they are out of context.  They can hammer it into their context but they are only fulfilling what Peter warned us of.  These scriptures they wrest to their own destruction (2Pt 3:16).  They are ministers of Satan (2Cor 11:14-15).

These sexually filthy leaders manifest themselves (1Jn 2:19) that they are not of Christ in that they go out from the Body of Christ and from His sound doctrine and make themselves out to be great ones (Acts 8:9-11).

Bro Stair used to say that for you to sin you had to go outside the body, or outside the Body of Christ.  That was when he also taught that he was without sin.  Then, a few times after he was caught in 2001 he would admit that he was outside the Body when he sinned.  Today Brother Stair does not even skirt that tropic – unless he’s berating us over it. Yet Brother Stair is knowingly constantly in sin.  He often boasts of this now.  But do you think he’ll admit that he is outside of Christ – even now?

Even Brother Stair use to preach that the tares do not produce the fruit of righteousness.  But now it is manifest that he is one of those tares.  Bro Stair speaks of a vision a woman had of him were he was ascending stairs with sheaves in his hand.  His concern and question to the woman were; if they were wheat of tares?  He didn’t want to be a tare gatherer.  She replied to him they were wheat because she could see kernels falling.

First, Brother Stair’s hope is that it is God’s wheat that he is leading astray.

Second, he doesn’t mind that he is losing the wheat and it is falling away from him.  That is something we witness in the people fleeing from him but he calls it that they have fallen away – unto perdition.  You see, in Bro Stair’s teaching, it is your place in Brother Stair not your place in Christ that guarantees your salvation.

You may still hear Brother Stair airing these old messages that he does not live by.  He airs them so as to fool his financial supporters into thinking he believes in Biblical righteousness.  These messages are from a time when Brother Stair lied to us in proclaiming that he was without sin (before 2001 when his sins foamed out).  Today, Bro Stair excuses physical sin as of no consequence, that only ambiguous “spiritual” sins matter to God.  Naturally, those spiritual sins are the ones the rest of us are guilty of.  It equates to thought crime.  As such, Brother Stair can make anyone guilty of anything at any time.  That’s convenient.  That’s also George Orwell’s Animal Farm.

Let’s not forget Jesus’ best identifier – their fruit.  With that He also gave us some of their attributes: They come saying they are prophets, they appear as sheep (saints), they are ravenous wolves (Mt 7:15-20;  Jn 10:10).  What they say they are has nothing to do with it.  It’s what they do that tells the tale and produces the fruit.

Come Out From Among Whom

In 2 Corinthians 6, Paul is warning us to not have fellowship with unrighteousness, darkness, idolatry, and those who walk unclean. 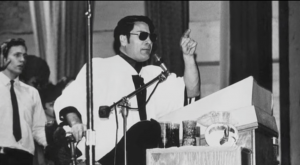 Those on this come out train don’t tell you that Jesus did not tell the saints in any of the seven churches in Revelations to get out but rather to overcome these sins and not engage in the sins of the church leaders.  His damnation was to the leaders who were leading His people into sin and to those following these false leaders identified by their physically identifiable sins – not spiritual sins.

This is another reason they teach The Church Ages false doctrine.  Since they say those are ages and not spirits of churches, they could not come out of it.

Related:  The Man of Sin Revealed 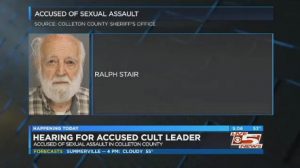 “without scruples providing for themselves [alone].” (Jude 1:12  AMP)

These are not the laity, not the parishioners, this is not the congregation – these evil men are always “ministers”, the leader, usually carrying a lofty self-imposed title like Prophet or the embodiment of many prophets. “Coltharp made several claims during his sentencing, including that he is the reincarnation of Old Testament prophets Jacob and Elijah and of John.”  Brother Stair makes even more claims about himself than Coltharp:  John, Elijah, David, Jonah, Jeremiah, Ezekiel, Paul, Jesus, Son of Man, both of the Two Witnesses, the Voice of God, The Last Day Prophet, and more.

The Few Compounding Into Many

It has long been the pattern of the End Times, from the time of Jesus to today, that there will be many deceivers who will deceive too many of God’s people. 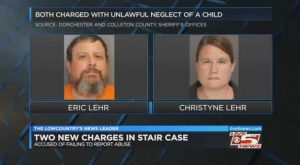 Scripture did not say that they will have a multitude following them to identify them by.  It says that these many shall by the multitude of THEM- the deceivers, that they end up deceiving many.  The multitude of these deceivers (they) will gather in total many – too many.

What is shown here is the works of the deceivers.  By their fruits you shall know them (Mt 7:15-20)

Shameful sensual immorality, depraved conduct – which they teach.
They slander and malign the true Gospel and bring God’s word and His ways into disrepute (the state of being held in low esteem by the public).

How many are many?  It doesn’t say a multitude.  It isn’t referring to the number of followers.

Sound familiar?  It should…  Look closely for the obvious Sign.  [in this case, the followers give it away]

1 thought on “End Times Cult Leader – Says He Is Elijah, Jacob, and John”

In 2003 Brother Stair prophecied that the DOW will never go above 10,000 and that when it does the whole economic system will fall.  Just a few months later the DOW did go above 10,000 for the first time, and Brother Stair's response was to ignore that he had prophesied it.

Then again in Oct 2008, Brother Stair said, "Thus saith the Lord, The Stock Market will never go above 10,000 again."  [Rinse and repeat the response to the above]

We should not overlook the fact that the Prophet lost tens of thousands of ministry dollars in the Stock Market - not knowing where to invest it or what it would do.  So how does he then know what the whole market is going to do?  Or is he just upset with his loss and takes that out by putting out a curse on the Stock Market?  Either way, the DOW has managed to mock his predictions every time.

Brother StairCommunityCertain MenFalse TeachingWarningDeceptionSignsFruitLast DaysDoctrineLast Day ProphetsSexSinNewsFalse ProphetsCultsPerversionIniquity#TimesUpJailChristArrestSon of ManRapeTrialGospelGenerationJonestownWilderness#MeToo
For if there be first a willing mind, it is accepted according to that a man hath, and not according to that he hath not.
2 Corinthians 8:12
DailyVerses.net