Having men’s persons in admiration because of advantage (Jude 1:16)

We witness this with cases of the use of William Branham, A.A. Allen, David Epley, Ray Pringle, David Terrell, Leonard Ravenhill, David Wilkerson, Bro Kirk Higby, Richard Rives, Craig Mack, Jack Coe, Dumitru Duduman, Monte Judah, Jackie, and many others.  Brother Stair heralds their names or his interactions with them for the advantage it gains him and the credibility that he gains from it.  Having men’s persons in admiration because of advantage (Jude 1:16).

What are the sins (signs) of men who do this?

Jude defines these advantage gainers with the same words (the same deeds) which define Brother Stair, as is witnessed by his words and dealings heard on his Farm daily and in his Servies weekly.  Don’t be fooled by Brother Stair pointing the finger at his congregation placing these very accusations upon them – that is a smokescreen.  What we all have clearly witnessed from the mouth of Brother Stair (not from his congregation) are these very attributes Jude defines.

Related:  Sampson, the Pattern of Stair

Jude goes further to define these men as Mockers in the last time, who should walk after their own ungodly lusts.  These be they who separate themselves, sensual, having not the Spirit (Jude 1:18-19).  Why even Brother Stair claims that he himself is mocking us and that this is the Last Time.  His is a ministry that teaches separation from the world.  Many witnesses have declared his sensuality and lusts.

This advantage gaining is also seen in the use of phone calls and messages that are replayed that are gushing all over the prophet and how great he is.  This is the use of persons for gaining the advantage of their accolades lavished upon the one seeking to gain an advantage (Jude 1:16).

We have all heard Bro Stair’s use of naming admired persons to back himself up and give him credibility and validation.  Certainly, we should put God in it and understand that one of the men Jude is talking about here is clearly Brother Stair.  Unless we don’t have ears to hear or eyes to see (Mk 8:18).

The year 2000 was another hallmark for the Overcomer Ministry and this time period was used to merchandise God’s people and ‘Christian’ patriots to flee to the Overcomer Farm for protection from the soon-coming apocalypse and/or Jesus’ return that was to take place on or before the year 2000.  This brought in a new batch of people to use for advantage. 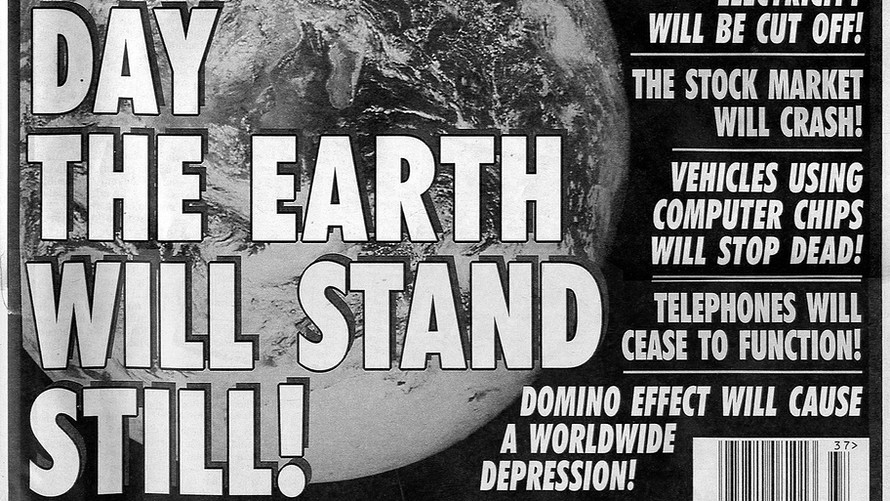 Before 2000 there were many patriot radio shows, books, and much hoopla about it being a time to get prepared for.  This was used by Brother Stair as he would interview these men, sell their books, sell shortwave radios, and much of his show was talking about these news events – and mingling them with scripture.

Related:  The Spirit That Now Worketh

There was much personal advantage gained from these patriot persons – and much money gained through books and shortwave radios.  This was also Brother Stair’s greatest time of filling the Farm when he had his largest Community (over 200) and many satellite Communities (over 12).

Much advantage was gained by merchandising men like Tim Cohen, Alex Jones, Jim Searcy, Monte Judah, Charles Skinner, Richard Rives, Milton Green, James Lloyd, Texe Marrs, Richard Yerby, Bro Kirk Higby, Craig Mack, Jack Coe, Dumitru Duduman, and many more – most of whom he would later turn against.  And there is always the exploiting of names in the radio business; Robin at Paragon, Adam Lock at WWCR, Allan Weiner at WBCQ (and the Ship Fury stories), and many more that are long gone that are supposed to impress us.

What Jude is talking about in his short chapter is warning us of certain men, men with these signs.  So we will look at some more of the signs that Jude shows us earlier that these men exhibit.

1 thought on “The Advantage of Admiring Persons”

Ronald Reagan continued in office and left after his term was over on Jan 20, 1989.  With his health fully intact.  As can be witnessed in his interviews in 1989 and in his farewell speech on his last day in office. - two years after Prophet Stair said he would step down, be removed, or die.

Then later, Bro Stair would claim that his term was not over till he died.  Reiterating his statements on Reagan's funeral being the largest  "I’ll stake my whole ministry on what I said about that.  You will never read of a funeral like it, or hear of one like it.”

Queen Elizabeth managed to easily prove that prophecy false in 2022 and we found out that Bro Stair had a crazy mind, was following his own flesh, and was not following the leading of the Holy Spirit.

Because thy lovingkindness is better than life, my lips shall praise thee. Thus will I bless thee while I live: I will lift up my hands in thy name.
Psalm 63:3-4

Brother StairCommunityTabernacleCertain MenFalse TeachingSignsDeceptionWarningFruitLast Days
Because thy lovingkindness is better than life, my lips shall praise thee. Thus will I bless thee while I live: I will lift up my hands in thy name.
Psalm 63:3-4
DailyVerses.net