Brother Stan Blasts the Truth giving a good testimony of his time on the Overcomer Farm and his witness of Brother Stair.  A testimony that we can attest our witness 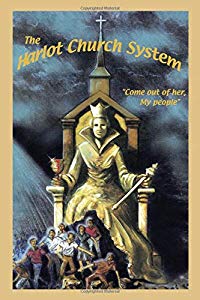 to and back up his witness as we have heard many witnesses of these same things (2Tim 2:2).
Brother Stan also references the book by Charles Elliott Newbold Jr, The Harlot Church System: Come Out of Her My People, and its parallels with the Overcomer Ministry and her leader.

It is understandable that Brother Stan focuses on holiness and Brother Stair’s change to sinfulness that is now the doctrine at the Overcomer.  When Brother Stan, and many of us, heard Brother Stair and came to the Overcomer Farm before 2001, we came through the message of holiness and sinlessness – to a place to help us be the perfected Bride.  Bro Stair said he was making a people ready, and that meant a holy walk.  A lifestyle he said you were not able to walk in the world, so the Farm was a sanctuary for saints to walk holy as God intended and prepare for Christ’s coming.

That all changed in 2001 when the self-proclaimed sinless man (Brother R.G. Stair) was found to have always been walking in gross sexual sins.  Then began the slow changing of his doctrine on sin to justify sin in the flesh to where it is today – openly displayed through much wantonness and depravity (2Pt 2:18).  Time has revealed the once hidden internal state of Brother Stair’s heart through his waxing worse and worse which is now become more manifest unto all (2Tim 3:9).  Brother Stair has said many times in the Dining Hall, “The flesh is going to do what it’s going to do [sin].  Just let it [sin]!“.  Unlike Brother Stair, Jesus and Paul did not tell us to Go and sin the more (Jn 8:11;  Rom 6:1).

Check out his series on The Pure Heart by Brother Milton Green.

Dear brothers,
if anyone has slipped away from God
and no longer trusts the Lord
and someone helps him understand the Truth again,
that person who brings him back to God
will have saved a wandering soul from death,
bringing about the forgiveness of his many sins.
James 5:19-20 TLB
Views: 740

This same phrase was often spoken of Jim Jones.  Click here for the article

The Lord says: Cursed is the man who puts his trust in mortal man and turns his heart away from God (Jer 17:5 TLB)

For ye were sometimes darkness, but now are ye light in the Lord: walk as children of light.
Ephesians 5:8

Brother StairCommunityTabernacleCertain MenFalse TeachingDeceptionFruitDoctrineSexSinGatheringGropingAdultery#TimesUpPassover
For ye were sometimes darkness, but now are ye light in the Lord: walk as children of light.
Ephesians 5:8
DailyVerses.net

Not A Vision of a Man that Speaks It