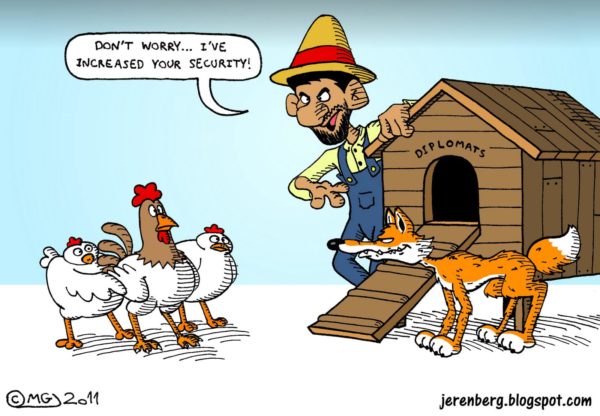 Giving him bond is one thing but allowing him to go back to the very place full of people where he committed these crimes is absurd.

To say that he cannot have contact with a minor is forgetting that 95% of his victims are not minors, and they are those he lives with on the Community – where they opened the door and let him go right back to.  It’s like Colleton County forgot what the charges against him are dealing with.  Sending him back to live amongst about 20 women.  Now is that what you should do with a sexual predator?

Many have left Brother Stair’s community in Canady’s SC over the years.  In fact, 99% of all his followers have left his ministry over the space of his 50+ year ministry.  That is some telling fruit right there for those with eyes to see, for there is some cause for such bad fruit in one’s ministry.

Brother Stair has always done a good job of fooling his radio listeners with his quick wit and retorts upon those that leave him calling them rebellious and in their own iniquity and that they have left God.  This keeps Brother Stair’s radio audience on his side and supporting him financially, and it keeps his flock in fear of doing the same.

But, as Brother Stair’s iniquity has waxed worse and worse in recent years, even his closest and long-standing members have had enough of it and left.  This is the fruit that those on the outside should be heeding to understand what the man is really like, seen by those that live with him (Mt 7:15-21).  They have personally both seen and heard the unfiltered words and deeds that are hidden from the outside world – that’s you, radio listeners.

Most recently, about a dozen have left since Brother Stair was arrested, and now that he is returning on bond.  Sadly, this means there is no one left to oppose his tyranny and sex agenda.

Related:  Pentecost is Past

Even Bro Connelly who was made the President of the Farm just before Brother Stair’s arrest and thought to be next in line to take over has left.  He’s the one that was preaching while Brother Stair was in jail.  Perhaps Dennis Larivee will finally get the coveted position as his wife Rose (Brother Stair’s concubine) is the VP since Brother Stair’s last wife left and divorced him.  What a sign.

I’m sure it was a nice break on the Farm not having Brother Stair beating you up verbally and talking you to death at every turn.  Holding you up in the Dining Hall and prayer time.  Just unfortunate that those opposing Brother Stair do not stay there and stand against him.  They have the legal right to put him off.  This was something SLED office Travis Avant told them in 2002.

Wednesday the news only reported on the 30 or so members that showed up in court at his bond hearing saying they wanted him back.  Not realizing that there were many living on the Community who didn’t want him back.  The fear of Brother Stair and those who stand with him keeps their voices silent – it always has.  This is why they prefer to just leave and not face the wrath of Brother Stair.

Back on the Farm… Thursday, Jan 24, 2018, saw Brother R.G. (Ralph) Stair returning back to the major scene of his crimes.  Realizing what happened last time (2002) this occurred we can extrapolate what is going to transpire.

Related:  The Festival of Pride

Either Brother Stair is (like a fox) going to appear humble and repentant and go easy on them – for a while – so that he can find out where they stand and who is with him.  Or, he is going to come in like a raging bear, as he did in 2004 when he was caught not only watching pornography in the Radio Room but also broadcasting it to the world.

To which his first response was to act like it didn’t happen and ignore it – thinking nobody noticed it, so it didn’t happen.  Which worked for 10 days until his then-wife Sister Teresa got wind of it, to which recourse he called a meeting of the brothers, at which he stormed in like a raging bear and blasted everyone for trying to take him down (Pr 28:15).  No repentance!  In fact, Brother Stair justified his actions by playing against the scripture that pornography was “strong meat” and that he could handle it but we were too weak for the “strong meat” and should leave it alone.

Either way, it will all end with him taking a tighter rule with his iron fist, all in the justification that he needs to get the house in order – because God commanded him to, of course.

This also means the end of the tolerable broadcasts the brothers were airing that were targeted at Brother Stair and his sins – by his own mouth, and back to the old sloppy broadcasting that Brother Stair is known for – confusion (1Cor 14:33).

UPDATE:  Brother Stair showed his wolf nature and let loose the raging bear as soon as he got back.  Denying any wrongdoing and blasting the multitude of sisters who accused him as liars.  No remorse, no repentance – no surprise.  What is surprising is that he doesn’t realize that his whole audience in the Dining Hall knows (most of them personally) that he is guilty and has done these same things to them or their wives or daughters.  So who’s believing this rhetoric anymore?  Beware of false prophets, which come to you in sheep’s clothing, but inwardly they are ravening wolves (Mt 7:15).

Perhaps shortwave radio station WWCR can continue to keep running now, even though Brother Stair will cheat them out of what he owes them as he did the last round after jail.  Cheating them out of tens of thousands of dollars a month by not reporting to them what came in through WWCR – as per his agreement.  Well, if you walk with the wicked you will get taken.  Don’t expect a covenant breaker to keep a contract.

We can expect the airing of messages by Brother Stair and others (likely violating copyrights) that are intended to blast his followers for their questioning his authority and targeting THEIR sins and iniquity.  What that iniquity means he will never detail so that he can point the finger when needed and declare that you are guilty of it.  The ministry of ambiguity.  Same as it ever was.

Should we now figure that Brother Stair will be planning his trip to Jerusalem?  Where he meets with the Pope – in Rome.  It must take place soon or he’s a liar and a false prophet.  And we couldn’t have that.

There’s also his being both of the two witnesses.  How that pans out with the Pope killing him in Rome, then he has to die in Jerusalem as the two witnesses we’ll just have to wait and see as Brother Stair makes this ambiguous, like all things it is not made clear.

The big question is will he go back on TV (YouTube) or hold back fearing that he might just start groping again without restraint.  With most of the community gone and more in the process of leaving, he likely will not want to show how few people there are in the services.

Will he be allowed in the Tabernacle amongst people?  Will he care?  Last time (in 2002) he violated his GPS tracker many times and blackmailed the tracking service (for not reporting his violations) so as to not pay them the thousands of dollars he owed them.  Perhaps money was not as cheap to Brother Stair as it is to God.  It would appear that he feels integrity is the cheapest thing God ever gave him – or did God forget to give him that? (Pr 19:22;  Pr 11:3-8)

A good tree cannot bring forth evil fruit, neither can a corrupt tree bring forth good fruit  (Mt 7:18).

5 thoughts on “The Fox Returns to the Henhouse”

Ronald Reagan continued in office and left after his term was over on Jan 20, 1989.  With his health fully intact.  As can be witnessed in his interviews in 1989 and in his farewell speech on his last day in office. - two years after Prophet Stair said he would step down, be removed, or die.

Then later, Bro Stair would claim that his term was not over till he died.  Reiterating his statements on Reagan's funeral being the largest  "I’ll stake my whole ministry on what I said about that.  You will never read of a funeral like it, or hear of one like it.”

Queen Elizabeth managed to easily prove that prophecy false in 2022 and we found out that Bro Stair had a crazy mind, was following his own flesh, and was not following the leading of the Holy Spirit.

Brother StairCommunityTabernacleFalse TeachingDeceptionFruitLast DaysDoctrineSexSinNewsPerversionIniquityGropingRadioAdultery#TimesUpRepentanceJailGodArrestTrialPopeMoneyTVFear
For the earnest expectation of the creature waiteth for the manifestation of the sons of God.
Romans 8:19
DailyVerses.net